The Barcelona Macula Foundation has presented the principal results of its study ‘Development of a large animal model of geographic atrophy and transplantation of human iPSC-derived RPE cell suspension into subretinal space’, which it conducted as part of the ADVANCE(CAT) project

The closing meeting of the ADVANCE(CAT) Project took place on Monday 18 March 2019 at an institutional event held at the University of Barcelona presented by Dr. Josep Maria Canals, the coordinator of ADVANCE(CAT) and Tristan Pritchard-Meaker, European Union Business Development Manager European Union in Cell and Gene Therapy. Albert Barberà, the Director General of Research and Innovation in Health, attended on behalf of the Health Department of the Government of Catalonia.

Dr Anna Veiga explained the procedures and techniques employed for obtaining retinal pigment epithelium (RPE) cells from induced pluripotent stem cells (iPSC). These cells were implanted into the subretinal space located close to the areas with selective and clearly-defined outer retinal atrophy in an animal model that reproduces the characteristics of human retinal atrophy. Dr Jordi Monés explained that iPSC-RPE cells implanted in an animal model have been shown to be capable of integrating into the healthy retina and forming an epithelial monolayer. “The ability of RPE when integrating into host tissue prevents progression of geographic atrophy by slowing it down. In addition, anatomical integration would not only contribute to the secretion of the trophic factor but would also help the RPE to perform some of its characteristic cell functions”, he said. Dr Jordi Monés concluded by indicating the next step: to assess this third mechanism of regeneration and support in Phase 1 of the clinical trials. 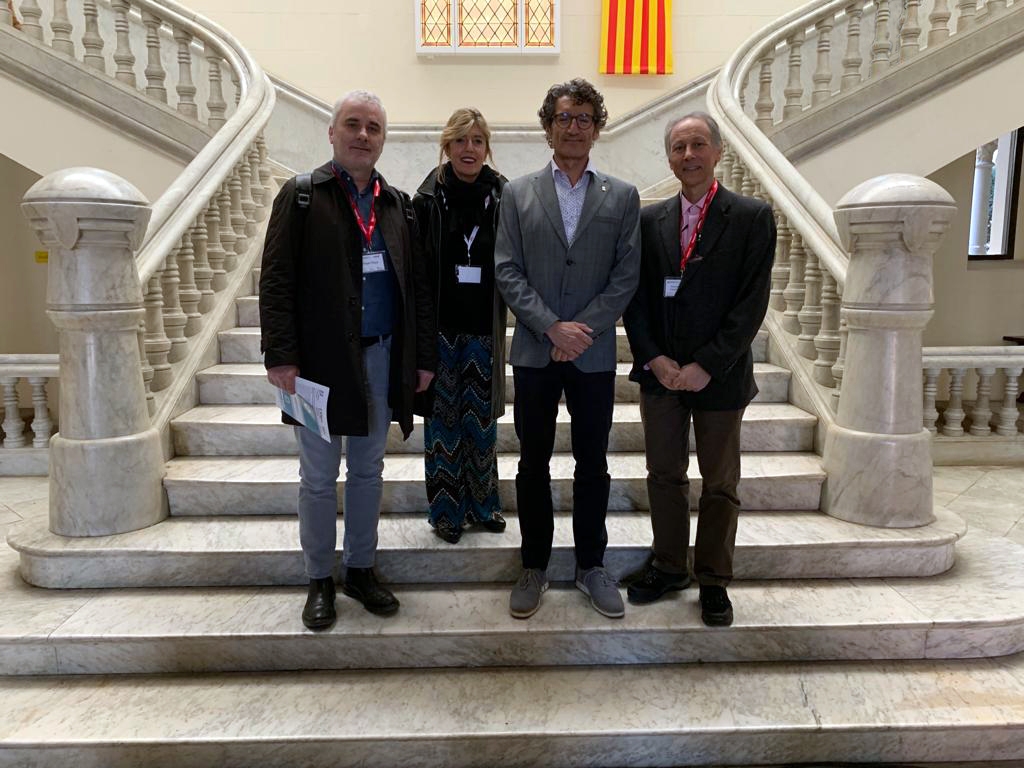 The principal aim of ADVANCE(CAT) was the development of medicinal products for human use from preclinical phases to their clinical application, based on genes (gene therapy), cells (cell therapy) and tissue (tissue engineering), that is, the development of advanced therapies. To do so, the Project enjoyed the participation of a network of Catalan entities from the field of biomedical research, including the Barcelona Macula Foundation. It was extremely important for the ADVANCE(CAT) Project from the outset to encourage collaboration between research centres, academics and companies from the sector in order to create new drugs based on advanced therapies and lead them towards clinical and industrial application.

ADVANCE(CAT) has formed part of the Action Plan of the RIS3CAT community “NEXTHEALTH: multidisciplinary solutions for the coming challenges in health”, which is coordinated by Biocat, promoted by ACCIÓ (Catalonia Trade & Investment, Government of Catalonia) and funded by the European Union as part of the ERDF operational programme (European Regional Development Fund) of Catalonia 2014-2020.