A scientific paper setting out the results of a clinical trial that assesses bleb resolution time following subretinal injections of human retinal progenitor cells (hRPC) in terms of their osmolarity has been presented at ARVO 2019 by Dr Jordi Monés, MD, PhD, the ophthalmologist and investigator specialising in macula, retina and vitreous. ARVO is the world’s most important congress for research in vision sciences and ophthalmology.

The injection of liquid into the subretinal space produces a bleb, a temporal and focal separation of the photoreceptors of its supporting retinal pigment epithelium (RPE). A delay in its resolution may potentially lead to photoreceptor dysfunction.

The formulation of the liquid containing stem cells for subretinal implantation, and specifically its osmolarity, can affect the resolution dynamic of this space generated in the retina during its injection and, potentially, the photoreceptor function.

The purpose of the trial was to understand the role of the formulation osmolarity of hRPC therapy in bleb resolution time.

This started from the hypothesis that a formulation with a higher osmolarity in the subretinal space in the presence of a patented retinotomy leads to a flow of fluids from the vitreous to the subretinal space, revealing itself through a prolonged presence of the bleb. To test this, the resolution time in pigs was studied using hRPC formulations with different levels of osmolarity (Fresh, Cryo and Diluted Cryo, 285, 355 and 311 mOsm/L, respectively). 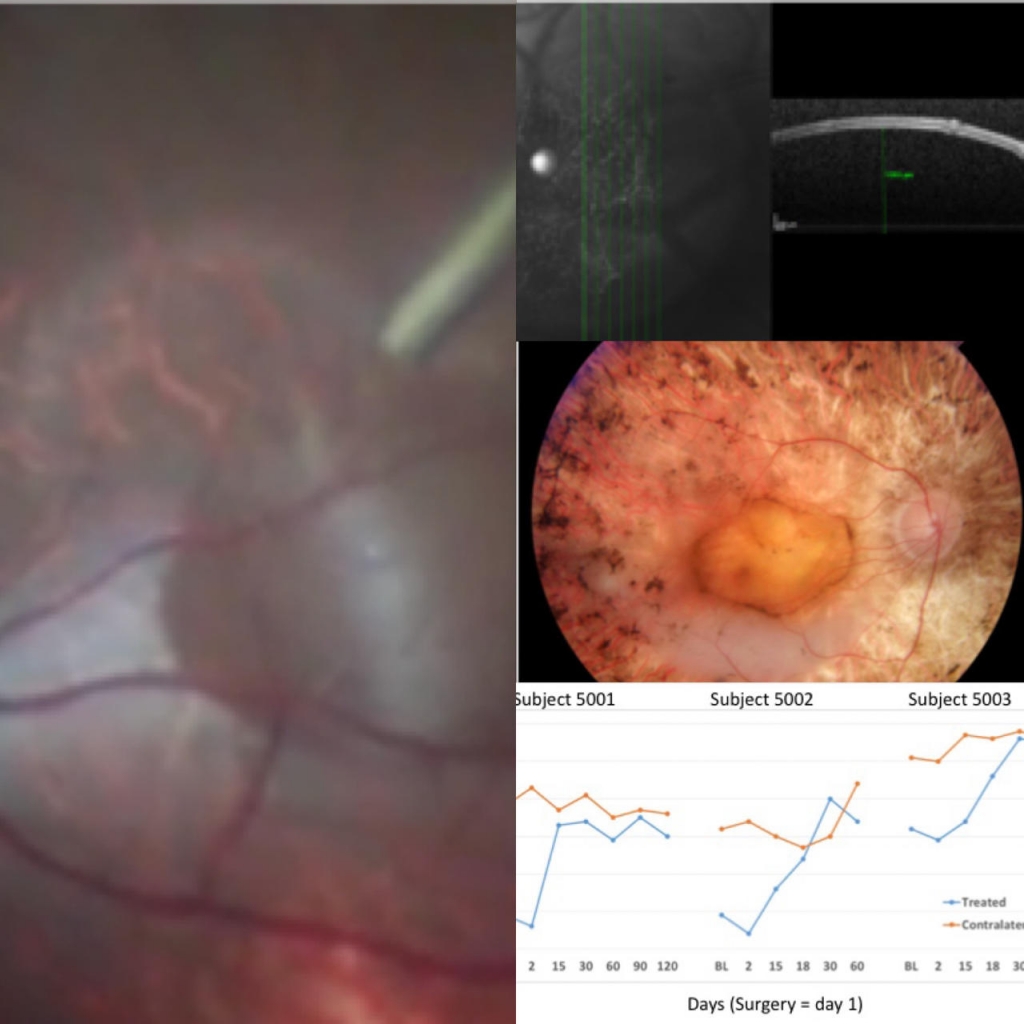 There was a statistically significant difference in the bleb resolution times of the three formulations tested (Fresh<Diluted Cyro<<<Cryo). The thickness values of the outer nuclear layer (ONL) of the retina at the start of the study were similar to those measured on the sixth post-treatment day in the three formulations. There were no notable histological findings, which suggests that all the formulations were well tolerated.

This project is promoted by Reneuron, a British company that leads the field of stem cell research, in collaboration with the Barcelona Macula Foundation, Specipig Breeding and Biomedical Research. The project has been carried out at the Preclinical Eye Research Unit (PERU), which is run by the BMF and Specipig.