The Consortium of the European EYE-RISK Project was present at the Annual Meeting of the Association for Research in Vision and Ophthalmology (ARVO), which was held this month in Baltimore (USA). EYE-RISK formed a Special Interest Group (SIG) and played an important role in the programme of the world’s most important meeting of ophthalmology researchers.

Several of the consortium’s international members took part in the SIG. They included Dr. Jordi Monés, the founder and Scientific Director of the BMF, and Emily Y. Chew as a member of the Scientific Advisory Board and Deputy Clinical Director at the National Eye Institute, Bethesda, USA. 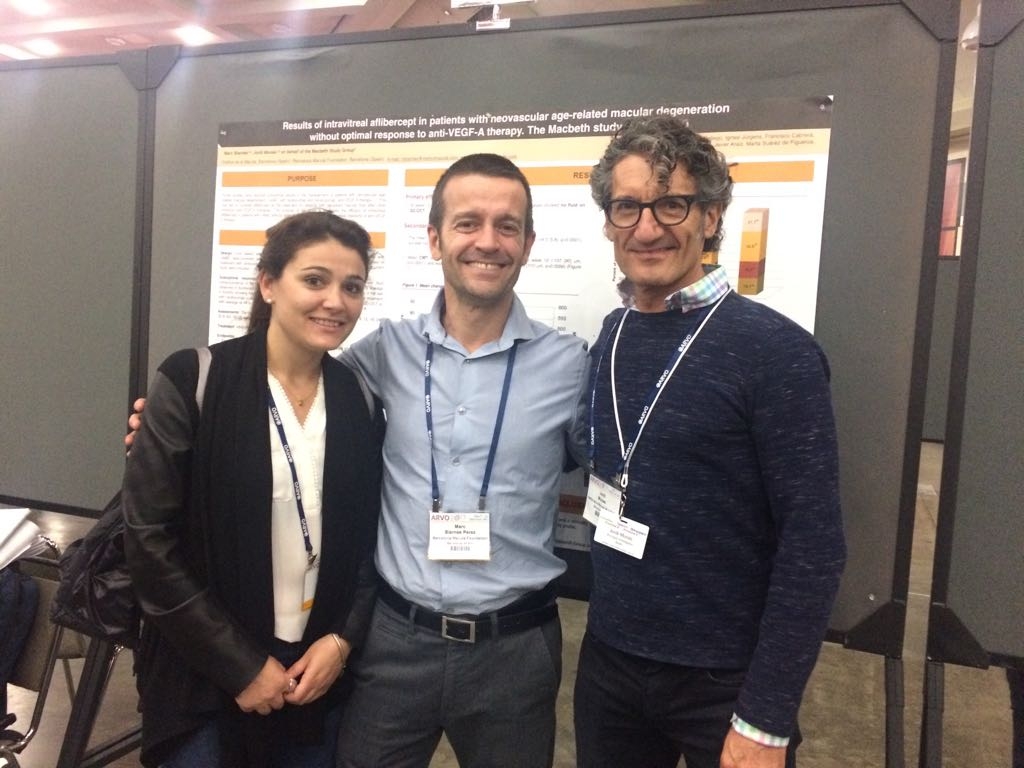 The session’s approximately 200 attendees were given the chance to interact actively with the speakers by asking questions or even putting forward new proposals that could be developed as part of the project. In addition, the public were also able to take part in the session through a survey to find out the general view on the ethical issues that may be raised by genetic tests.

EYE-RISK project has received funding from the European Union’s Horizon 2020 programme under grant agreement no 634479.